This month we are premiering AntiquityNOW’s Science Fiction section. The horror story is a close relative of science fiction with today’s audiences, whether those tales of horror take place in outer space or a country churchyard.  With a nod to the enduring appeal of both genres, this tale by Paul Hodge conjures up ancient folklore (going back to Mesopotamia and ancient Greece and Rome) and a sense that death is sometimes not all that it appears to be. 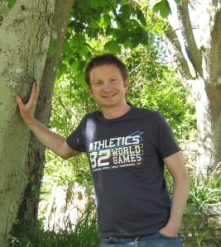 Paul Hodge left London and came to reside in Hampshire armed with the collected works of MR James, Kate Bush and Nigel Kneale. He now trawls the dusky corners of the country seeking stories to entertain (and scare). These form part of his own collected works and blog, Freaky Folk Tales. Hodge will also be contributing his imaginative stories to Today’s Muse, AntiquityNOW’s creative section.

Enjoy his tale The Churchyard Horror below. 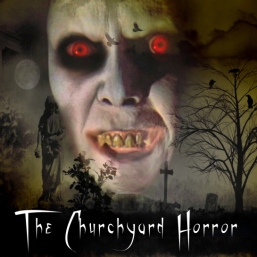 I have studied all manner of ghost and demon in my quest to better understand this realm betwixt Heaven and Hell but there is little in this study that has proved more intriguing — and downright flesh-creeping — than that of the Croglin vampire. On a dark autumnal day such as this, having struggled against sheets of rain and the swirl of stray leaves in the lonely path across the cemetery, my mind creeps towards that of a real churchyard horror, set upon the Lancashire moorlands.

It happened in the last century. Croglin Low Hall was a low, one-storeyed house on a slope looking down its gardens and cross a small park to the churchyard two hundred yards away. Along the front of the house ran a wooden verandah, like an African stoep. Two brothers and a sister took the house for the summer. I will not give their names as they may still be alive.

One night the girl noticed a pinpoint of light moving in the blackness of the churchyard trees. It flickered to and fro as though someone with a small lantern was walking among the graves. She watched it, wondering idly why anyone should be there so late.

Suddenly the light bobbed up in the air, descended again and moved towards her. Whoever was carrying it had jumped the churchyard wall and was approaching the house. A black misshapen form showed in the moonlight — a hunched form which shambled over the grass.

Stark horror seized her, and she leaped out of bed to bar the windows. They were diamond-paned and heavily leaded. Then she got back into bed. It was in the garden now, coming up the path to the house, a deformed semi-human shape with long trailing arms. An ape, she guessed, escaped from the circus which had visited the village a few days before.

She half thought of calling her brothers, and was getting out of bed to do so when suddenly she heard it mounting the steps which led to the verandah. She lay still, breathing hard.

It passed under her window, paused, came back, a moment’s silence — and then a hideous face, brown skinned, half-human, with sunken glaring eyes, yellow fangs and high cheekbones, stared in at the window.

The “thing” fumbled a moment or two — then its fingers went to the leading round the panes.

There followed a scratching — the creature was unpicking the lead! — then a tinkle of glass as a pane fell into the room, and at once a long skinny arm was thrust through!

More glass was pushed aside; the creature came in; crossing the room, crawling in such a terrible way, and her terror was so great that her voice was lost to fear, and it came up to the bed, and it curled and twisted its spindly fingers in her hair, and it pulled her head over the side of the bed, and——.

But all hope the creature had for its sanguine prey was suddenly and dramatically wrenched away, for her elder brother, awake in the next room, was to the rescue before the echoes had died away. But the “Thing” was quicker. He was just in time to glimpse it, just clear-minded enough to see that his sister was unharmed — and then to give chase!

The beast was running down the garden path, with a queer animal gait, going fast. The brother fired twice. The beast spun round, a thin cry came from it — and then it limped on again.

It reached the churchyard wall, scrambled over and disappeared among the gravestones. The brother reached the wall, jumped it like a stag— and thought that he saw the beast scuffling into the bushes surrounding a derelict tomb. He ran towards it. A track like that of an animal led into the bushes. He forced his way in.

In the depths of the tangle stood an ancient vault covered with a huge catafalque of stone. The ground to one side had been scraped out and a burrow led down into the tomb.

He mounted guard over it, and the butler who had followed, was sent back for more cartridges. Then followed an all-night vigil over the tomb.

Next morning the rector, the squire, the chairman of the parish council, and the brothers opened the tomb.

Inside was the shrivelled, mummified form of a man, hideous in its skin-tight preservation. The teeth were yellow, the hands, claw-like, crossed on the breast. It was dead — or seemed so.

“Open the eyelids,” ordered the doctor. Someone lifted one with a match. The eye within was sunken and dead. And then in one leg the brother saw a bullet hole. “This ‘Thing’ is accursed. It must be burned,” the rector ordered. And there were those there who said that when this order was given the dead eye blazed for a moment; the “Thing” was alive.

They took it out from that ghastly tomb and threw it on a great fire in the park.

This tale was told me as true. The vampire was a member of a family extinct for generations, which, as sometimes is said to happen, had suddenly recovered dormant wolf-like powers and had emerged from the tomb where it had lain harmless for two centuries.