The Life of Marco Polo 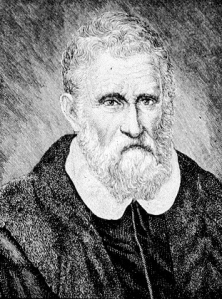 Marco Polo and his family were Italian merchants.  In 1261, Marco’s two older brothers, Niccolo and Matteo, left their home town of Venice and traveled east to Mongolia, buying and selling goods and exotic trinkets along the way.  After living with the Mongolians for about three years, they tried to return to Europe, but by then a vicious war had developed between the Muslims and the Persians, blocking their path back to Europe.  They decided instead to travel further east to China.  Here they made friends with Kublai Kahn, Emperor of China, who was fascinated with learning about other lands, especially Europe.  After several years working in China as merchants, they returned home to Venice.

On their next trip to China, two years later, Marco’s brothers took him with them.  He was 17 years old and learned the family business of trading along the way.  Finally, after four years of traveling mostly on foot, they arrived in China. To their surprise, the Polo brothers were greeted excitedly by the Kahn, who gave them honorary positions in his empire.  Even young Marco was given a position as a merchant for the Kahn.

In his travels throughout the country, Marco was able to visit many cities and learn the culture.  He was fascinated with a strange black rock that the Chinese did not use for building.  Instead they burned it.  This was later known as coal.  Also, Marco thought that the Chinese had a great invention—paper money.  He thought that it would revolutionize Europe’s banking system.  (Years later, Marco tried to explain how the Kahn used paper currency, hoping that Europe would become enlightened and switch to paper money, but the idea didn’t catch on.)

The Kahn knew that the brothers were anxious to return home.  The ruler was up in years by now and there were no guarantees that the next emperor would want the Polos around.  So, he sent them on a mission west to escort a Mongol bride-to-be to Persia, where there would be an arranged marriage with the Kahn’s great nephew.  From there, they could continue home.  The Polo brothers jumped at the opportunity.  They arrived in Venice in 1295, after being away 25 years.[1]

The Italians credit Marco Polo with bringing back a box filled with firecrackers from China.  There must have been some truth to this because fireworks developed very quickly in that region after the Polo brothers returned.  Like England, Italy also had “fire masters” who competed with each other to see who could create the most dazzling fireworks display.[2]

Unfortunately for Marco Polo, wars were also taking place in Europe around that time.  Marco ended up as a prisoner in Genoa in 1298.  His cellmate, Rustichello, was an author.  After hearing about Marco’s adventures, Rustichello talked Marco into letting him write them down.  The Book of Marco Polo, wherein is recounted the Wonders of the World, was created and soon became extremely popular throughout Europe.  It was even translated into several languages.

Marco Polo’s book catapulted him to fame, but there were critics who insisted that most of his adventures were fantasy.  They even claimed that Marco had never made the trip.  Fortunately, records from China confirmed much of Marco’s written account.

As Marco was praised highly for his travels, people also credited him with bringing back other great inventions, including gunpowder, a compass, noodles and a printing technique.  More recent research has proven that these advances were actually introduced to Europe by other people. Nevertheless, Marco’s book continued to be an inspiration to merchants and adventurers who dreamed about traveling and discovering exotic cultures.[3]

One response to “The Life of Marco Polo”