The Archaeology Channel’s 2013 International Film and Video Festival just wrapped up and it was full of fantastic entries. The festival’s mission is:

“To exhibit for our audience the wonderful diversity of human cultures past and present in the exploration of our place in history and in our world.  To promote the genre and the makers of film and video productions about archaeology and indigenous peoples.”

This year’s winners exemplified that mission in diverse and fascinating films. Best Film by jury and audience vote was The 2000 Year Old Computer.  Dr. Richard Pettigrew, founder and president of the Archaeological Legacy Institute, the organization behind The Archaeology Channel, said this about the winning film: “The 2000 Year Old Computer clearly stole the show, winning top honors from both the jury and the audience.  This seldom happens, because the jury tends to be analytical while the audience votes with their hearts.”

Here’s the description from the International Film and Video Festival:  “A scientific detective investigation set against the glories of a classical Greece, The 2000 Year Old Computer follows a mysterious trail of numbers to solve the puzzle of the spectacular Antikythera Mechanism.” Click on the image below to view a video clip of the film. 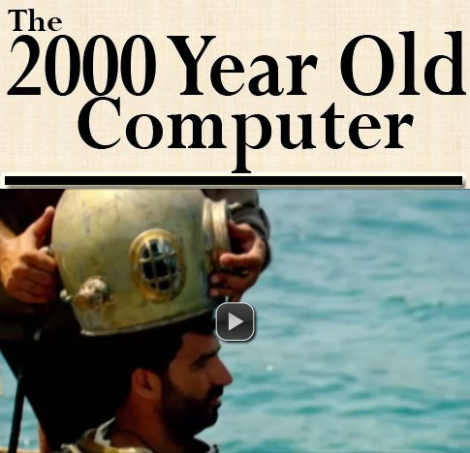 Visit The Archaeology Channel for clips of the other festival entries and don’t miss our Thursday blog post about the festival’s other winners.

AntiquityNOW is partnering with ALI to co-sponsor the first international children’s film and video festival, premiering in May 2014 for AntiquityNOW Month. Stay tuned to our website for more details!