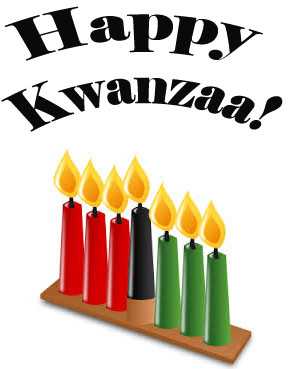 The name “Kwanzaa” comes from the Swahili phrase “matunda ya kwanza”, which means “first fruits.” Though the holiday wasn’t created until 1965, it has ties to the first fruits celebrations throughout ancient Africa. In fact, Dr. Maulana Karenga, the professor who created Kwanzaa, researched the festivals of several African cultures such as the Ashanti and Zulu in order to “form the basis of Kwanzaa.”[1]

African societies weren’t the only ones to celebrate the first fruits. The ancient Greek, Roman, Hebrew and Christian religions all referred to this “first and most pristine portion of the harvest” as “aparche,” which in turn was offered to the various deities.[2] In Greece it was taken to the temples where it was often resold and the profits were used to maintain the temple.[3] Ancient Romans observed “aparche” mainly in their individual households where they would make offerings at mealtimes.[4] In ancient Israel the tithe of the first fruits was extremely complex and was strictly regulated by Jewish law.[5]

Today, the first fruits of the harvest aren’t celebrated as they were in ancient times, but Kwanzaa reaches back to these historic celebrations and connects us to our past. The observance of Kwanzaa often includes “songs and dances, African drums, storytelling, poetry reading, and a large traditional meal,” all of which have been integral parts of African culture for thousands of years. The holiday is based on seven principles as determined by Dr. Karenga “which represent values and concepts reflective of African culture (and)…principles that have been present in Africa since ancient times.[6]

Symbols designed by Dr. Karenga to convey each of the seven principles.

So let us celebrate Kwanzaa and all the history it represents. It is truly a very modern holiday that by linking to an ancient past embodies the timeless values of life and human legacy.

To learn more about Kwanzaa, the seven principles and how it all got started visit How Stuff Works: Kwanzaa!