The Archaeology Channel,  a program of Archaeological Legacy Institute (ALI), has just completed another successful annual International Film and Video Festival. Packed with insightful and provocative films as well as lively and important discussions on the significance of cultural preservation, this year’s festival touched minds and hearts with its depictions of how precious and vulnerable our world heritage is.

The festival’s mission is:

To exhibit for our audience the wonderful diversity of human cultures past and present in the exploration of our place in history and in our world.  To promote the genre and the makers of film and video productions about archaeology and indigenous peoples.

You can see all of the festival’s winners on the TAC website, but we’d like to highlight the winners of Best Film by Jury Vote and Audience Favorite. Each film had an important message to share and did so beautifully, using the art of film to capture the images and stories of the ages.

This film also took home the award for Best Public Education Value, an award which AntiquityNOW is especially excited about because of the importance we place on cultural heritage education.

The description on TAC’s website gives you a glimpse into this fascinating film:

Follow Afghan archaeologist Qadir Temori as he races against time to save a 5,000-year-old archaeological site in Afghanistan from imminent demolition.  A Chinese state-owned mining company is closing in on the ancient site, eager to harvest $100 billion dollars worth of copper buried directly beneath the archaeological ruins.  Only 10 percent of Mes Aynak has been excavated, though, and some believe future discoveries at the site have the potential to redefine the history of Afghanistan and the history of Buddhism itself.  Qadir Temori and his fellow Afghan archaeologists face what seems an impossible battle against the Chinese, the Taliban and local politics to save their cultural heritage from likely erasure.

You can click on the image below to watch a brief clip of the film. 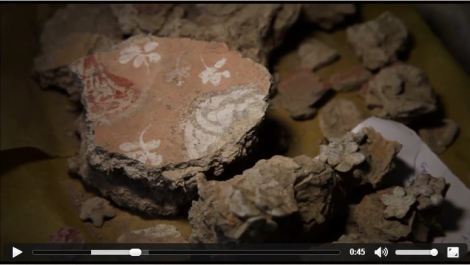 This film was a crowd pleaser. It also took home awards for Best Narration and Best Script (voted on by the jury).

The description from the TAC website explains how this film illuminated the importance of agave throughout time:

Texas-based archaeologists Meredith Driess and David Brown take the viewer on a 10,000 year visual exploration of the symbiotic relationship between agave and the humans who have depended upon it.  Agave Is Life, narrated by Edward James Olmos, delves into the ceremonial and sacred importance of this multi-purpose plant, native to the Americas.  From the ancient past to the present we learn how agave became embedded in myth, religion and cultural identity.  The film ends with a look to the future as today’s scientists worry about the loss of species and related human folkways—emblematic of planet-wide concerns about sustainability and our environment.

You can click on the image below to view a clip from this engaging and revealing film. 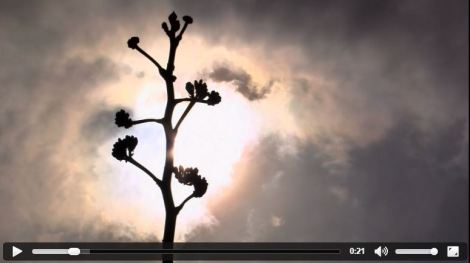 Along with the film festival, Archaeological Legacy Institute also hosts The Archaeology Channel Conference on Cultural Heritage Film, which “promotes discussion and collaboration regarding the uses of cultural heritage film.”  Co-sponsored by the University Of Oregon Department Of Anthropology, the speakers at the conference “promote the creation, distribution and use of cultural heritage film as an influence for broad cultural awareness and encourage the exchange of new ideas and approaches to employ film for the common good of all humanity”.  Shirley Gazsi, president of AntiquityNOW, gave a presentation on the development of educational curricula and highlighted AN’s partnership on Strata, Archaeological Legacy Institute’s monthly short form documentary series. In 2016 the conference will be expanded with more speakers, more topics and a greater audience, andALI is already attracting participants from around the world. Stay tuned to the AntiquityNOW website for more information on our involvement in the convention and make sure to contact ALI at info@archaeologychannel.org if you’d like to be involved in the 2016 convention.