The Strange and Mysterious Origins of April Fools’ Day 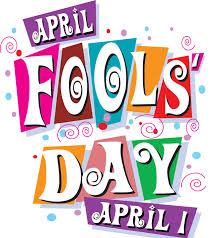 It’s April Fools’ Day and whether you’re on the giving or receiving end of a joke, today will hopefully be a day for laughter and good-natured conviviality. This holiday has a strange history that may reach all the way back to antiquity. Before the foolishness ensues, let’s take a minute to learn how this celebration began.

The most widely accepted origin of April Fools’ Day, also called All Fools’ Day, comes from 16th century France when the calendar was changed so that New Year’s Day was celebrated on January 1st (according to the Roman calendar) as opposed to celebrating New Year’s in late March or early April with the advent of spring. Not everyone learned of the change right away and people in the country, far from the cities, would have still celebrated a spring New Year. These people were mocked and called fools. However, Alex Boese, curator of the Museum of Hoaxes in San Diego, California and an authority on April Fools’ Day, disputes this theory. END_OF_DOCUMENT_TOKEN_TO_BE_REPLACED 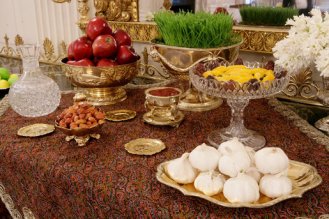 Last Thursday, March 20th, marked the much anticipated first day of spring. At 12:57 pm ET, the sun crossed the equator and the vernal equinox arrived. Many people cheered as winter met its official end, but the date had special significance for Persians. It was the beginning of the Persian New Year or Nowruz, a time for dancing, celebrating and most importantly, feasting! Each year the holiday begins with a special meal enjoyed around the haftseen table, where the foods are symbolic and abundant. In recognition of 2014’s haftseen table, we’re giving you a delicious Persian recipe from this traditional meal that you can enjoy in your home year-round. It’s never too late to celebrate and learn about the cuisine of an ancient culture! END_OF_DOCUMENT_TOKEN_TO_BE_REPLACED