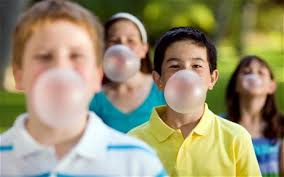 What is your favorite flavor of chewing gum?  Whether it is spearmint, wintergreen, cinnamon or fruit flavored, chewing gum is one of the world’s most popular habits with nearly 100,000 tons consumed per year.  Gum seems like a very modern invention with its fun flavors, colors and special additives for energy, fresh breath, teeth whitening and more.  In fact, the oldest known piece of chewing gum dates back at least 5,000 years and was found by an archaeology student in Finland.[1]  It was a simple lump of birch bark tar that experts believe was chewed by Neolithic people to heal mouth infections. 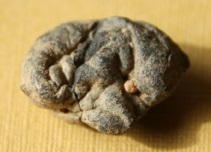 Gum had a long journey to become the substance we love today.  The Greeks were big fans of chewing gum, favoring a gum made from the resin of the mastiche tree.  Greek women in particular enjoyed the habit because they found it cleaned their teeth and freshened their breath.  The flavor was “a strong, slightly smoky, aromatic odour….”[2]  Interestingly, the name “mastic” is probably derived from the Greek “mastichon,” which means “to chew,” and it is also the root of the English verb, “masticate.”  Mastiche was also chewed by the Romans and in the Middle East where it was used as a medicine, treating stomach aches and more.

Harvesting sap from the Sapodilla tree for chicle.

Even the Mayas and the Aztecs loved chewing gum.  They chewed the coagulated sap of the Sapodilla tree, called chicle.  Sapodilla trees were not tapped for chicle “until they reached the age of 70 when they produced a yield of slightly more than a kilo in one day and then they were given a 4-8 year rest.”[3]  Even when the Maya civilization ended, the practice of chewing chicle continued with Maya descendants chewing it into the 19th century.   Eventually, chicle would become the basis for the chewing gum we use today.  When Antonio Lopez de Santa Anna, an 11-time former Mexican president and current exile, told his friend Thomas Adams about a substance that had been chewed in Mexico for thousands of years, the two decided to mix the gummy chicle with rubber in order to make cheaper “tires, toys and rain boots.”[4]  This idea didn’t work out, but Adams started selling the chicle as chewing gum instead and made a fortune, eventually becoming the chairman of the board of the American Chicle Company in 1899.[5]

Chicle was not the only chewing gum in the Americas.  Native Americans in the New England area chewed the resin from spruce trees and even taught colonists to use it when they were thirsty.[6]  Lumps of the spruce resin gum were sold in the eastern United States in the early 1800’s until a sweetened paraffin wax alternative became more popular.  Eventually, chicle gum surpassed both in popularity.

Chewing gum has always had an image problem.   According to the Florentine Codex, the Aztecs looked down upon men and married women who chewed gum in public. Only children and old unmarried women could chew in public. Gum was to be chewed strictly for cleaning teeth and freshening breath and only in private.  As chewing gum became popular in America the rest of the world saw it as a terrible habit.  In 1898 “a British newspaper reported that health officials were issuing warnings against ‘American chewing gum’, which was considered even more dangerous than Italian ice cream.”[7]  Chewing gum was illegal in all of Eastern Europe until Czechoslovakia began manufacturing it in 1957.  The Soviet Union did not lift its ban until 1976.[8]

Despite its rough reputation around the world, America has long embraced chewing gum.  America’s entry into World War II was a very important time for the image of chewing gum in the United States.  American GI’s received gum as a part of their rations during the war and over 500 million sticks were chewed by soldiers each year.  It was “lightweight, unaffected by temperature, stable for long periods of time, and was appealing.”[9]   It became so popular that in 1944, in order to keep up with the demand, the Wrigley Company was only able to provide gum for the U.S. Army and Navy.[10]  Caffeine gum, invented by sleep researcher Gary Kamimori, was given to the troops to help when they were exhausted.  “Each piece contained roughly the equivalent of a six-ounce cup of coffee, minus the difficulty of transport, need to go to the bathroom, and could be used in all kinds of temperatures.”[11]

Gum chewing has come a long way since that first piece of chewy bark 5,000 years ago in ancient Finland.  Today you can find gum that gives you energy, gum that whitens your teeth, even gum that changes flavors while you chew it!  It will be interesting to see what the future holds for this tiny piece of pop culture.

Watch the video below by How Stuff Works to see how Thomas Adams brought chewing gum to the United States! 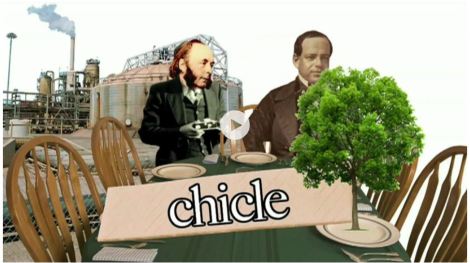 10. Mathews, Jennifer P., Chicle:  The Chewing Gum of the Americas, From the Ancient Maya to William Wrigley, 60.