UPDATE! Originally posted on August 6, 2013, today we are republishing our post about Indiji Radio, a new indigenous music program by AntiquityNOW’s partner the Archaeological Legacy Institute.  This month ALI is raising funding through a 30-day Kickstarter campaign (ends on October 24, 2013), so we thought we would delve once more into the mystery and beauty of ancient sound with ALI’s President Rick Pettigrew.

Music has had a special place in the human experience.  It has defined many a people and given shape to cultures throughout time.  However, unlike ancient paintings and artifacts, music is evanescent, its notes sometimes captured in memory and ritual, but all too often lost in the recesses of time.

All that will soon change.  AntiquityNOW’s partner in the international children’s film and video festival premiering in AntiquityNOW Month in May 2014 is the Archeological Legacy Institute (ALI) in Eugene, Oregon.  ALI is planning to launch IndijiRadio, a 24-hour radio stream featuring traditional indigenous music from an array of cultures.  AntiquityNOW spoke with Rick Pettigrew, Ph.D., RPA, president of ALI and a consulting archaeologist, about the new venture.

RP:  IndijiRadio is a 24-hour service that will deliver a continuous stream of indigenous music played on traditional instruments. As the music plays, information will be displayed about the selection, including its cultural origin, the musicians, a description and a thumbnail image.  There is also a place for listeners to leave comments, and where possible, a way for listeners to download the music or buy a CD.  Other services will include audio, video and text commentaries from indigenous representatives, academic music researchers and others, as well as information on live musical performances and resource links.

AN:  So the listener can actually hear indigenous music from a variety of cultures.  I imagine that some musical pieces and styles may be quite unknown to many of us.  Why do you think bringing this music to contemporary listeners is important, as well as relevant to the field of archaeology? 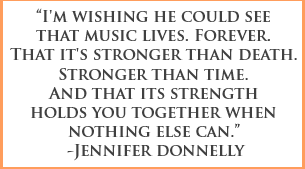 RP:  Archaeology is not about artifacts. Archaeology is about people. People always have loved music and made music. People crave music today as much as ever. We would love to be able to travel back in time to listen to the music people made in past times, wouldn’t we? Well, we can’t do that, but much of that music lives on with indigenous people around the world. They have retained that part of our human heritage and we can enjoy it and carry it forward today. We want to do that with IndijiRadio!

AN:  What is it about music that is so universal, and why has ALI chosen to become involved in this way (through the radio show)?

RP:  ALI’s central mission is to tell the human story. Can we really tell the human story without music? Human history was not a silent movie. It was full of music. Music conveys the flavor of human culture in a way that transcends language. Pure text or just images of sites and objects can’t really do it justice. IndijiRadio will help us tell the human story using a dimension that usually is omitted from the discourse.”

AN:  You’re currently raising money for this project.  Tell us about that.

RP:  With 13 years of track record doing streaming media through The Archeology Channel, we have a good handle on the technology needed to deliver audio over the Internet. We have wonderful connections with indigenous people and their representatives all over the world and thus have access to enormous program content.  Our goal is to make IndijiRadio the go-to place for really cool music that will surprise you.  For music that will inspire you.  Music that speaks a language common to all of us.  Music that echoes a distant past and will live long into the future.  So that’s why we’re launching a month-long Kickstarter campaign on September 1 to raise the funds for IndijiRadio.  With these funds we’ll be able to bring alive the voices of our global heritage to audiences everywhere.

Once IndijiRadio is on you will be able to hear indigenous music 24 hours a day, but until then click on the following link to listen to a member of the Hopi tribe playing a traditional Native American flute: http://www.youtube.com/watch?v=TeE4tWulCjk