Terrorism in the Ancient World: Part 2

In the modern age, terrorism dominates the news headlines more frequently than we would like, and yet the term and its use are often relatively employed and dependent upon the parties involved.  This is, in part, due to the fact that the term terrorism is politically and emotionally charged, “a word with intrinsically negative connotations that is generally applied to one’s enemies and opponents.”[1]  For this article, terrorism will be defined as the “political violence in an asymmetrical conflict that is designed to induce terror and psychic fear (sometimes indiscriminate) through the violent victimisation and destruction of non-combatant targets (sometimes iconic symbols).”[2]

While definitions may vary, the results of terrorism are the same  fear, distrust, and physical and psychological scars for entire populations.  Sadly, the modern age is not the first time that terrorism reared its ugly head; humanity has witnessed terrorism, on and off, from the dawn of the 1st century CE.

Judea Province in the First Century

At the beginning of the 1st century CE, Jewish Zealots in the Roman province of Judaea rebelled against Roman rule and killed the prominent figures who collaborated with Roman rule.[3] As attested by Josephus, Judas of Galilee created a small and more extreme offshoot of the Zealots, called the Sicarii, which literally translates as the dagger men because they carried sicae, or small daggers. They emerged against the background of the establishment of the Roman province of Judaea, which was connected with the census instituted by Quirinius, the legate of Syria, in 6 CE.[4] The Sicarii would conceal daggers under their cloaks, blend in with the people at festivals, assassinate their victims and then vanish into the frightened crowds.[5]  In addition to assassinating prominent Romans, the Sicarii would also direct their efforts against prominent Jews who were seen to be collaborating with the Romans, such as Herodians, Sadducees, temple priests and the wealthy elite. The Sicarii’s most successful assassination was that of Jonathan, the high priest of Judea.[6]  The Sicarii also resorted to taking hostages and only releasing them when they had exchanged them for their own men who had been captured. One such instance occurred during the procuratorship of Albinus, 62-4 CE, when the Sicarii seized the secretary of Eleazar, captain of the Temple, and exchanged him for ten of their own men held by Albinus.[7]  This was the first recorded terrorist group in history.

During roughly the same period as the reign of the Sicarii, terrorism was making an appearance in Briton. Led by Queen Boudica of the Iceni, the southeastern tribes of Briton took advantage of the Roman Governor Gaius Suetonius Paulinus’s absence and revolted. They swept across the countryside, attacking forts and outposts and destroying the towns of Camulodunum, Verulamium and Londinium. They were cruel, violent and barbarous and spared no one. They seemed less concerned with winning their land and independence and instead focused on revenge and terrorizing the Romans. Their campaign of violence finally ended when the Romans won the Battle of Watling Street against the Britons and Queen Boudica poisoned herself.[8]

“The Torches of Nero” by Henryk Siemiradzki

Much discussion and speculation surrounds this next possible terrorist attack: the burning of Rome in 64 CE.  The fire spread quickly through the city and burned for six days. According to Tacitus, only four of the fourteen districts of Rome escaped the fire, with three being completely destroyed and the other seven being seriously damaged.[9] It is not known, nor will it be ever known, whether accident or arson actually caused the Great Fire of Rome; however, rumours started to quickly circulate in the aftermath that the Christians or even Nero himself was responsible for the conflagration.  Nero held the Christians accountable for the fire and ordered them crucified or burnt alive in revenge.[10] While history has traditionally laid the blame for the fire at Nero’s feet, there is one scholar who still insists that evidence suggests the possibility that the Christians did play a part. Professor Gerhard Baudy of the University of Konstanz in Germany has spent years studying ancient apocalyptic texts and says they all include a prophecy of the destruction of Rome by fire.[11] He believes that Christians, oppressed and miserable under Nero’s rule, may have hastened the fulfillment of this prophecy by starting the fire or at least by adding more fires to an already occurring blaze.

Although this theory can never be proved or disproved, whoever was responsible for the Great Fire of Rome in 64 CE launched the biggest terrorist attack the world has seen, including the modern age which has witnessed attacks such as 9/11 in the United States and 7/7 in London, England. 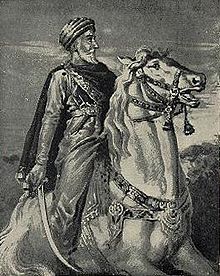 Hassan-i Sabbah, leader of the Hashshashin

It was not until the 11th century that the next recorded terrorist organisation arose: the Hashashin. This group was an offshoot of the Shia Muslim sect known as the Ismaili.[12] They were led by Hassan-i Sabbah and were in opposition to the Fatimid Caliphate, which held sovereignty from the Arabian Peninsula to the Atlantic Ocean. The Hashashin appropriated Alamut and the other fortress strongholds across Persia.[13] However, the Hashashin forces were too inadequate to face their enemies in open conflict, so instead they resorted to assassinating city governors and military commanders in order to create alliances with neighbours, who had the military strength they needed. For example, the Hashashin assassinated Mawdud, Seljuk emir of Mosul, as a favour to the regent of Damascus, and slew Janah al-Dawla, ruler of Homs, to please Ridwan of Aleppo.[14] The Hashashin also carried out assassinations against the Fatimid Caliphate and as retribution against enemies that had crossed them.[15] There has been some disagreement as to whether the term “terrorist” can be ascribed to the Hashashin,[16] though many of their activities resemble those perpetrated by modern-day terrorist groups.

This article has aimed at giving the reader a brief insight into the terrorist organisations that were present in the ancient world. The article has shown that many of the tactics used by these early terrorist groups are still in use today by modern terrorist organisations, such as targeting enemy sympathisers within the terrorist’s community, taking hostages in order to obtain the release of the terrorist group’s own men or creating alliances to increase their organization’s lethality. Although some may disagree with the findings of this article, e.g., in regards to the Great Fire of Rome, remember, evidence can always be analysed differently through one’s own interpretation of events, by a particular political agenda, false memories or by the annals of a long ago history.

Chaliand, G. 2007: The History of Terrorism: From Antiquity to al Qaeda.

Hodgson, M. 2005: The Secret Order of Assassins: The Struggle of the Early Nizari Ismai’lis Against the Islamic World.

3 responses to “Terrorism in the Ancient World: Part 2”