1862 advertisement for Laird’s Bloom of Youth, claiming to preserve and beautify the complexion and skin. Source: Cosmetics and Skin.

UPDATE! This post was originally published on January 17, 2013. Skin care and that eternal search for youth are back in the news this month with a remedy that is both scandalous and ancient: blood. A new study has found that young blood does have powers of rejuvenation. The blood plasma from young mice was injected into old mice who then experienced improved learning and memory.[1] It isn’t a far leap to imagine applying this research to skin care and the possibility that blood may impart youth to the physical appearance as well. This is certainly not a new thought. History has several examples of people who believed blood was perhaps a fountain of youth.

The most famous historical example may be the legend of Elizabeth Bathory, the Blood Countess, who was said to bathe in the blood of young girls in order to keep her skin looking young and beautiful.[2] And then, in the 15th century, Pope Innocent VIII was said to drink the blood of young boys in an attempt to remain vital.[3] Long before these more gruesome examples, the ancients used blood as a more superficial form of skin care. The ancient Egyptians applied a formula that included beetle blood to their lips to keep them red and vibrant.[4] Ancient Roman women turned to sheep fat and blood to color their nails.[5] Henna in ancient India was often colored with the blood of cows.[6]

So we might not all be running out to buy the latest creams and masks made with young blood just yet, but who knows what the next big skin care craze will be!

Listen to an interview with one of the scientists on the study, Amy Wagers, PhD from the Harvard University Department of Stem Cell and Regenerative Biology, Joslin Diabetes Center, Harvard Medical School. SPOILER ALERT: See also in this Channel 4 interview how the Twilight movie series and some B-horror movies were ahead of the curve on this one. It’s the good, the bad and the vintage special effects ugly of what immortality looks like.

Beautiful skin–we all want it.  That luminously smooth complexion that reflects youth and vitality, whatever the age.

The quest for a youthful glow goes back thousands of years and was evident in many cultures.  For example, some ancient Chinese empresses and concubines had very unusual regimes to maintain flawless complexions.  Zhang Lihua, favored concubine of Chen Shubao (553- 604), last emperor of the Chinese Chen Dynasty, used a facial mask made from egg-white and vermillion that was mixed in an eggshell and replaced back into the hen’s womb to incubate.  The resulting jelly was said to whiten skin.

While you may not want to attempt Lihua’s unique mask, many recipes from the ancient empresses and concubines can still be used today. 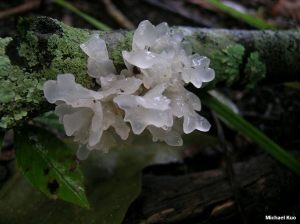 Empress Lu Zhi (241 BC- 180 BC), wife of Lio Bang, the founding member of the Han Dynasty, ate a daily soup that contained Tremella fuciformis, a white or transparent jelly fungus (mushroom) popular in Chinese cuisine.  Tremella fuciformis was used in ancient China for curing dryness, nourishing the brain and enhancing the complexion.  Like many of her day, the Empress believed the soup nourished her yin and stimulated circulation to create a smooth complexion.  Today, Tremella fuciformis-commonly known as snow fungus- is found in ice cream, drinks and a Chinese dessert soup called luk mei.  It is, however, still taken medicinally to reduce acute radiation effects, improve circulation, and strengthen neurological functioning and memory.   And yes, because it contains natural collagen, it is also an ingredient in anti-wrinkle creams and injections that populate cosmetic shelves.

Yang Yuhuan (719-756), also called Yang Guifei, was said to have “a face that puts flowers to shame.” To maintain her complexion she washed her face with a mixture of warm water, almond oil and honey. This mixture is still popular today. You can make the mixture yourself at home using household ingredients.  The YouTube video below will show you how.

Empress Dowager Cixi (1835-1908), known as the West Dowager Empress of the Manchu Qing Dynasty, was so fixated on skin-care that she created a medical center to research pearl dust. Pearl dust was used for centuries in China as a skin lightener. Cixi ingested one spoonful of pearl power every day and, as a result, was reported to have skin with a jade-like sheen.  Pearl powder can also be applied topically.  Some experts claim the powder removes age spots and acne scars, gives skin a younger appearance and removes toxins from the body. It became popular in the West during the 19th century and is still used in skin care products today. 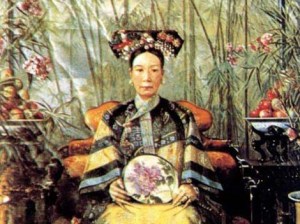 According to the blog Cosmetics and Skin, “In the 19th century, the use of imported powdered pearl was a luxury only afforded by a few. However, this did not stop the manufacturers of face powder from invoking its name. Pearls are a symbol of whiteness, purity and costliness, which is perhaps why the entrance to Heaven was said to be Pearly Gates. By associating their powders with pearls, the manufacturers hinted that they had all these qualities, even when they were made of more inexpensive materials.” Today, pearl powder is experiencing a resurgence and is even available in products at your local pharmacy.

As with any beauty advice or products, buyers beware.  Even the promises of flawless skin from Zhang Lihua, Empress Lu Zhi, Yang Yuhuan and Empress Dowager Cixi may not prove to be entirely legitimate.  If you would like more information and more outrageous beauty tips from ancient Chinese empresses and concubines, visit the website Cultural China.

The above is intended for informational purposes only.  Consult a physician before using any products mentioned above.