Maps, Part 2: Defining and Explaining our Past, Present and Future 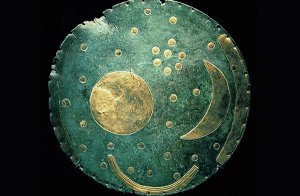 From time immemorial humans have looked to the heavens for the sustenance given by sun and rain, for the celestial bodies that calibrated sowing and reaping, for the gods that needed adulation or appeasement, and for signs that there is a greater power that makes existence more than a throw of the dice. What is it that humans seek in mapping the ground under their feet, the seas that swell up before them and the heavens that arch high above?

In Part 1 of Maps: Defining and Explaining our Past, Present and Future, we explored the ancient history of maps and reasoned that the chronicling of time and place, rendered in a logical web of lines and curves, gives us a sense of belonging, a purpose and understanding, of the world around us. It helps us mediate the raging beauty of nature and, in our minds at least, cast dominion over the earth and stars.

The Dunhuang Star Chart, circa 700 CE.

A deep view of the universe courtesy of the Hubble Telescope.

The millennia have revealed a great deal of the earth’s particulars. But humans continue to be lured by the infinite mysteries of the cosmos. From antiquity on, great thinkers and explorers have pondered what lies beyond the heavens we see. While religion, politics, superstition and hubris have sought to define the earth and heavens according to human understanding, the universe has just waited in silent repose. Until now.

Let’s see what the ancients made of the universe and compare how today we are finding innovative ways of capturing the vistas that beckon beyond the stretches of our imaginations. Granted, humankind may seem to be only a speck across the spectrum of time and space. But what a speck we are.

Don’t miss Maps, Part 3: Defining and Explaining our Past, Present and Future as we explore the future of cartography.

2 responses to “Maps, Part 2: Defining and Explaining our Past, Present and Future”