It’s Fall in the North, But It’s Spring in the Southern Hemisphere! How the Ancient Australian Aborigines Tracked the Equinox 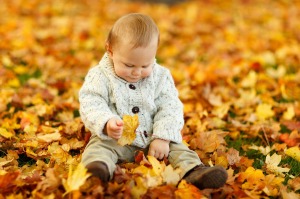 UPDATE! This post was originally published on September 23, 2014. As we enjoy the turning of the season in the northern hemisphere and begin pulling out the fall decorations and prepping for cooler weather, it’s easy to forget that things are changing in the southern hemisphere, too. AN is here to remind you that spring has sprung in the south! Check out the post below and learn all about the ancient traditions surrounding this time of year. And click here to view some stunning photos of Australia during spring time.

It’s officially fall! Today is the autumnal equinox in the northern hemisphere, so it’s time to break out the cozy sweaters, aromatic firewood and pumpkin-flavored everything. However, in the southern hemisphere, today marks the first official day of spring. So while up here in the northern half of the globe we prepare for cooler temperatures, let’s remember our neighbors down south and discover how they’ve sprung into spring since ancient times.

The Aboriginal Australians have a remarkable pedigree according to Professor Eske Willerslev of the University of Copenhagen, who led the study isolating the first Aboriginal genome sequence study using a 100-year-old lock of hair from an indigenous man.  Based on the results, the Aboriginal Australians are descendants of the first people to leave Africa up to 75,000 years ago, conferring upon them the likely honor of being the oldest continuous culture on the planet.[1] For thousands of years then, the Australian Aboriginal peoples have marked and celebrated the spring equinox as a time of rebirth and renewal. We know that the ancient Australians were keenly aware of astronomical movements. There are numerous stone arrangements built by many different ancient Aboriginal cultures and while the exact use for these arrangements is not known with certainty, it is believed that several may have been involved with charting the position of the stars. 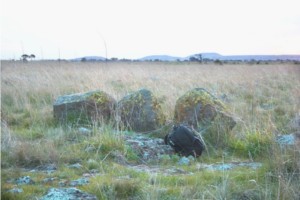 A portion of the stone arrangment at Wurdi Youang. Image credit: Ray Norris.

One site in particular seems to suggest the culture that built it was specifically aiming to chart the position of the sun for the purpose of recognizing solstices and equinoxes. Wurdi Youang is located near the town of Little River and is owned by the Wathaurang people. The site consists of about 100 basalt stones arranged in an egg-shaped ring that is approximately 50 meters in diameter along the major axis, which is aligned east-west.[2] Studies of the position of the stones and outliers have revealed that several of the “alignments are astronomical in nature” and “strongly suggest that the stone arrangement was deliberately intended by its builders to point to the setting Sun at the solstices and equinox.”[3] The site could be anywhere from 200 to 20,000 years old, but researchers point to the deep entrenchment of the stones to support a theory that it’s been there for thousands of years.[4] The major axis points towards the equinox and so it is possible that ancient Aboriginal people gathered at this spot for thousands of years anticipating the two times each year when the length of day equals night.

Wurdi Youang is the first real evidence that an Aboriginal culture used a stone arrangement as an astronomical guide, but there is abundant evidence of various Aboriginal cultures’ interest in the sun and the stars. Studies by Ray Norris, a British astrophysicist at Australia’s national science agency, of Aboriginal songs and stories indicate “a clear understanding of the movement of the sun, moon and stars.”[5] Some cultures in ancient Australia used the sky as a calendar, allowing them to anticipate the changing of seasons and when it was a good time to seek out a new food supply. Others used stories about constellations in the heavens as a way to explain traditions, such as why catching a particular fish was forbidden or how to communicate with deceased loved ones during the rising of Venus.[6] Many of these traditions have been passed down through generations and are still used in Australian Aboriginal cultures today.

Interestingly, Australia’s ancient inhabitants were not unique is their fascination with cosmic displays. What is particularly intriguing is how the circle arrangement is found in thousands of ancient sites around the world. Stonehenge in England is one of the most famous monuments. Indeed, starting in 3300 BCE, more than 1,000 stone circles were built in England and Ireland alone. There are also stone circles at Fan Lau in Hong Kong; in the submerged Neolithic village of Atlit Yam off the coast of Atlit, Israel; at Odry in Poland (speciously appropriated by the Nazis to attest to ancient Germanic superiority); and at Junapani, India.[7] To these and other early settlers, the mysteries of the heavens were embodied in the ancient circle, its boundaries protecting those inside, its configuration symbolizing the life-giving sun, its edifices revealing the temporal movements of the earth.

The Emu in the Sky Aboriginal constellation.

It may seem a bit anti-climactic to celebrate the coming of warmer temperatures in an area such as Australia where the climate remains temperate or even tropical nearly year-round. However, this is not the case. Australians, modern and ancient, are and were aware that with the coming of the spring equinox comes a time of growth and new life. The anthropologist James Frazer wrote in his late 19th century study of mythology and religion, The Golden Bough,

The natives of central Australia regularly practice magical ceremonies for the purpose of awakening the dormant energies of nature at what might be called the approach of the Australian spring. Nowhere apparently are the alterations of seasons more striking than in the deserts of central Australia, where at the end of a long period of drought the sandy and stony wilderness, over which the silence and desolation of death appeared to brood is suddenly, after a few days of torrential rain, transformed into a landscape smiling with verdure and peopled with teeming multitudes of insects and lizards, of frogs and birds.[8] 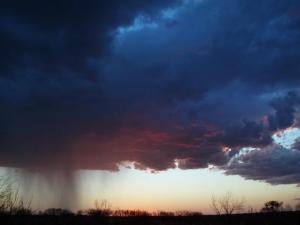 Sadly, today many ancient Aboriginal traditions have been lost along with their languages and culture. However, some remain and archaeologists continue to uncover evidence that sheds new light on these incredible peoples. The Aboriginal cultures that continue to thrive throughout Australia are extremely protective of their traditions and ways of life, rightly so, but their beliefs and practices have influenced modern Australia. There are groups dedicated to preserving, reviving and rediscovering Australian Aboriginal cultures. When we lose the heritage of even one group of people, we are losing an invaluable piece of our shared history.

Today, as in the past, Australians will celebrate the advent of spring and with it, the coming of the rains and new life. As you pack up your swimsuits and pull out your boots, remember the other half of the globe is waking up to a new phase of rebirth!

*For a great roundup of how other ancient civilizations celebrated the both the vernal and autumnal equinoxes visit our partner, Ancient Origins, and their article How Ancient People Marked the Equinox Around the World. Also read about Stonehenge and other ancient astronomy in our post The Summer Solstice: From Ancient Celebration to a Modern Day at the Beach.

Here’s an example of the music by Aboriginal Australians that is being preserved today. The didgeridoo (also known as a didjeridu) is a wind instrument created around 1,500 years ago in Northern Australia.

And listen to the sound of the ancient didgeridoo with a very contemporary edge in this amazing rendition. DIDGE-ITAL DREAM-TIME is a series of videos that explore the sonic possibilities of digitally combining the didgeridoo with other instruments. 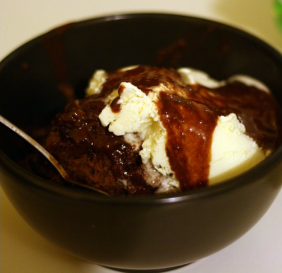 Emu, crocodile, eels and kangaroo! If you’re not from Australia you might think this is a list of animals to see at the zoo rather than an ingredient list. For thousands of years, the native Aborigines of Australia have used the foods provided by the land around them. In the past several years modern Australians have looked to this past and discovered a rich culinary history. One of these delicious native foods is the wattleseed from the acacia tree. Today we’re bringing you a unique and indulgent dessert called Chocolate and Wattleseed Self-Saucing Pudding. And don’t worry if you can’t find wattleseeds at your local grocery store. They can easily be ordered online. END_OF_DOCUMENT_TOKEN_TO_BE_REPLACED