Throwback Thursday! The Tattoo: Now You See It, Now You Don’t

We at AntiquityNOW are fascinated with the human condition. Indeed, our species is an ironical, obstinate lot. Our lifespans are but a blink of the eye, yet we are driven in many ways to secure our own immortality.

Through the ages tattoos have given us a canvas on which to announce our claims to tribes, clans, philosophies, ideas and art. Thousands of years may pass, but we are continuously enlightened and history informed by the tattoos defining ancient lives.

Modern lives as well seek the immortality of the ink. The tattoo industry has grown from a niche industry relying on the military, bikers and other seeming hardcore proponents to one whose stigma has diminished and been popularized to include…anyone. Today, 46 percent of Americans have at least one tattoo. (Italy ranks first on the popularity scale with nearly 50 percent of the population tatted at least once.) Millennials boast almost a 50 percent ink rate, and growing. Tattoos are a one-billion dollar industry with nearly 30,000 operating sites in the United States alone.[1]

Recently, a new type of tattoo was announced by Ephemeral, which has studios in Brooklyn, Los Angeles and San Francisco.  A continuously moving ribbon on their website repeats the phrase “Regret Nothing” as either mantra or hypnotic suggestion. Thus, their customized tattoos are emphemeral, “Made to fade  in 9 to 15 months.” How does it work?

Permanent tattoos “are placed with a needle technique that penetrates the dermis, the lower part of the skin,” Dr. (Roy) Geronemus (director, Laser and Skin Surgery Center of New York) said. “Once the ink is deposited, there is an inflammatory response that surrounds the ink particles and creates a matrix that allows the ink to stay and not migrate or disappear on its own. It’s inflammatory cells that surround the ink and allow it to stay put.”

When you get a tattoo made of permanent ink, most of the ink remains where it is deposited. By contrast, Ephemeral’s ink is made of a material that the body naturally breaks down over time. The ink works in a similar way to biodegradable medical devices like stents used in implants or sutures used in stitches. These products, like the ink, are broken down naturally by available oxygen and water in the body.[2]

As tattoos have emerged in recent years as a popular art form, for many, the idea of art that fades is a travesty, even an existential debate.[3] For 24-year-old Joanna Acevedo, who has more than 100 tattoos on her body:

“I like the fact that they are permanent because they are part of me,” she said. “They represent a moment in time, and I like living with all my history.” She equates tattoos she doesn’t like to scars, another remnant, she said, from bad choices you made when you were younger.[4]

From that philosophical and personal view, let us hear from an artist of the form:

Sue Jeiven, a famed tattoo artist in Brooklyn who goes by Sweet Sue, said tattoo artists, like sculptors and painters, strive to make beautiful art that will last. “We spend our entire careers trying to figure out the mystery of how to get nice, clean, solid lines to lay in the skin perfectly and stay forever,” she said. “It makes me want to cry to see all this hard work just disappear.”[5]

But today’s tattoo statement can become tomorrow’s artwork anguish. According to advdermatology.com, tattoo remorse is a very real, yet very avoidable event. Their infographic depicts the body parts and images most regretted by people after a time. Their caution:

In you’e planning to get a tattoo, sleep on it. And not just for a night–at least a few months. That’s what we found when we surveyed 600 people with tattoo regret. The big takeaway: 3 out of 4 people who suffer from “tattoo regret” didnt plan for the tattoo beyond a few weeks.[6]

Tattoos bind us to our interior selves, and also to the saga of humanity. We all have stories to tell. Explore more with the links below:

Tattoos and the Body as Canvas | AntiquityNOW

Tattoos and the Body as Canvas: Erasing the Past With Modern Tattoos | AntiquityNOW

Bon Appetit Wednesday! Einkorn Banana Bread and the Tale of a 5,300 Year Old Mummy | AntiquityNOW (There is a tattoo mention here, we promise. Try the bread while you’re at it.)

Reimagining Extinction: Michael Wang and the Art of Resurrection 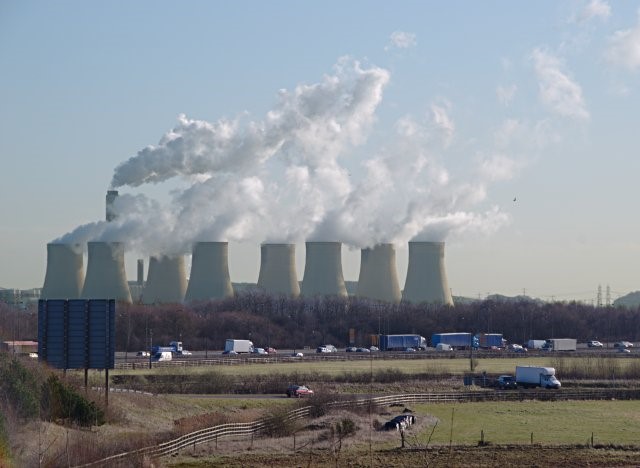 AntiquityNOW examines the connections between ancient and modern times to demonstrate that the past is never really gone. In so many ways, we still draw from the wisdom of ancient peoples and times. Even when it comes to climate change.

As we have been hearing, the warnings are dire. The earth is warming at an increasing rate.  Although the planet has experienced natural weather fluctuations throughout its history, the current alarms are sounding more ominous.

NASA has collected a trove of information gathered from earth-orbiting satellites and other sources to offer scientists a comprehensive view of changing climate patterns, much of which has been caused by fossil fuels. And the evidence is compelling. According to NASA:

NASA explains that the current trend is significant since a greater than 95 percent probability attributes it to human activity since the mid-20th century at a rate “unprecedented over decades to millennia.”[2]

In the midst of the debates on what to do, what to regulate and how much of an impact all this data will have on life in the future, one artist is staking claim to his own representational view of our evolving world.

New York artist Michael Wang is fascinated by the interaction of the natural world, particularly the ancient one, with a modern industrial world seemingly bent on destruction. He imbues his art with the concepts of global systems that affect the natural world, including species distribution, climate change, resource allocation and the global economy. Two projects show his unique interpretation:

In Drowned World, which was exhibited at the 2018 European Contemporary Art Biennial’s Manifesta 12 in Palermo, Italy, Wang depicted the collision of the natural world that gives us sustenance and the industrial world that drives civilizations. In the installation visitors to Palermo’s botanical garden climbed steps to look over a wall into the remains of a coal-gas plant that once powered the city’s streetlamps. In that modern-day artifact Wang planted a forest of plants similar to those that grew 300 million years ago during the Carbonifera era, and which over time became coal and other fossil fuels. Araucarias trees, ferns, cycads and epiphytes thrived among rusted remnants of machinery and gas tanks. It was a juxtaposition of ancient, modern and ancient again, an intriguing synthesis of a lifecycle disrupted.[3]

In his art Wang questions what this disruption means to Earth’s future. When humans have wielded their influence with ever increasing consequences, how can the natural world coexist? “Climate change and ocean acidification modify the conditions for nearly all life on this planet. When the effects of human actions are nearly inescapable, what can we consider truly natural?”[4] 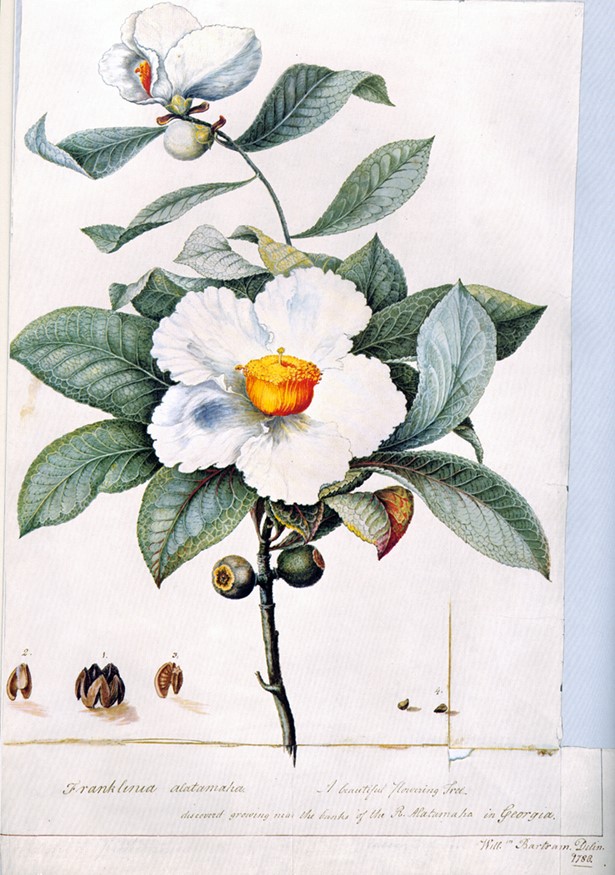 In a city of quirks and marvels the rooftop garden of the Swiss Institute Contemporary Art Gallery in New York is unique in design and purpose. In rows of simple aluminum planters grow four different kinds of plants that are fragile vestiges of a verdant history going back millennia. Indeed, in one of the planters flourishes franklinia alatamaha, which is extinct in the wild (EW) as classified by The International Union for Conservation of Nature.

“Nature’s orphans” and “homeless” is how Wang describes these plants because without human cultivation, they wouldn’t exist in nature. As discussed above, human disruption is once again a factor, an underlying thrust that repeats in Wang’s art. For example, ginkgo biloba, a hardy and popular contemporary tree, began dying off in the wild thousands of years ago in the mountains of central China. Most likely this was due to human hunters who killed the large animal that picked up and shed the seeds across the region. This annihilation of that animal species affected ginkgo propagation. Ironically, during this period people also grew to value the trees so much that they planted them at temples and in cemeteries. Thus, the trees we see today have all been cultivated by humans.

“I wanted to trace the passage of these species from nature into culture,” Wang says. He questions how humans manipulate nature to the degree that we alter the natural order according to our own self-interests. “How can you cause the extinction of a species in one context while also allowing its propagation beyond what would be purely natural in another context?”[5]

Wang fuses his artistic vision with an awareness of ancient systems and an understanding of earth’s peril. His art forces us to consider the inevitable result of human folly, and exhorts us to find the collective will to prevail.

Wang’s other works include “Invasives,” the controlled release of invasive species, “Carbon Copies,” an exhibition linking the production of artworks to the release of greenhouse gases, “Rivals,” a series that connects the sale of artworks to corporate finance, and “Terroir,” monochrome paintings made from the ground bedrock of world cities.

Happy Hanukkah from AntiquityNOW: Children’s Crafts for the Festival of Lights 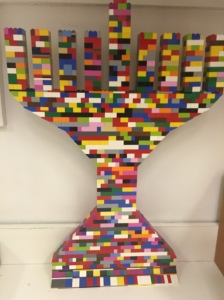 For Jews around the world Hanukkah is a season of family and remembrance, and what better way to celebrate the joy and miracle of this ancient holiday than seeing the ingenuity of students from the Hollis Hills Jewish Center Nursery School in Queens, New York.

Students at the school range from ages 18 months through five years old. The slideshow below illustrates the work of children from three classes. The Lego menorah was created by a student and her father.  The children were learning about the story of the Maccabees and the miracle of Hanukkah, the Festival of Lights, where a small vessel of olive oil burned in the menorah for eight days at the Holy Temple. The pictures of the Hebrew letters Nun, Gimmel, Hey and Shin are translated “Great Miracle Happened There” (in Israel “Here” is substituted). END_OF_DOCUMENT_TOKEN_TO_BE_REPLACED